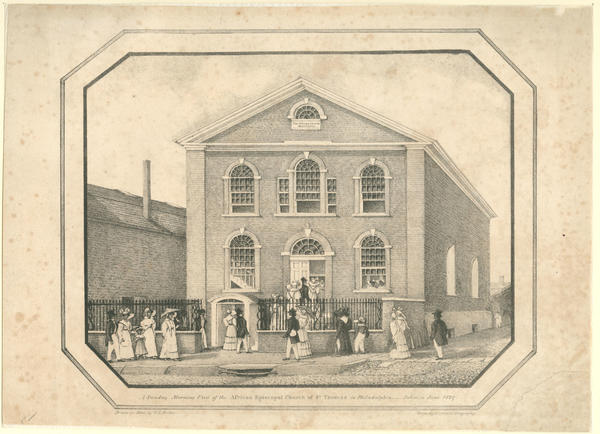 Episode No. 3 – The Life and Times of Caroline R. LeCount: Part 1 (Companion Blog)

This podcast trilogy started with reading the book Tasting Freedom: Octavius Catto and the Battle for Equality in Civil War America by Daniel Biddle and Murray Dubin. I thought Catto’s life would make a great story for the podcast, maybe more than one episode. So much was happening in 1860s Philadelphia. It was a curious mix of modern and traditional, of progress and violent racism. The city was growing and developing city-wide services that we now consider essential, like public education and transit. But Philadelphia was also a deeply divided city, and Black Philadelphians were being excluded from the city’s improvements, and endangered by everyday street violence. Then, the Civil War blew through Philadelphia like a typhoon, mobilizing both men and women for the war effort, and for the social changes to come.

As I researched Octavius Catto’s role in fighting for the integration of the streetcar, I came across the work of historian Judith Giesberg in Army at Home: Women and the Civil War on the Northern Home Front. In her book, Giesberg flips the script on the Civil War as a war fought in the male-dominated spheres of the battlefield, or in the houses of government. Instead, Giesberg looks at how women in Pennsylvania carried out their own battles at home. Giesberg dedicated a chapter to the Black women who were part of Catto’s fight to integrate Philadelphia’s streetcars. I knew that this story was the one I wanted to tell.

Giesberg was also involved with opening up another window into the lives of Philadelphia’s Black women during the Civil War. She and her team have made the diaries of Emilie Davis available in full online. Davis was a young Black dressmaker who lived in Philadelphia and kept a series of diaries throughout the years of the Civil War. These diaries were discovered in 2014 and are part of the collection of the Historical Society of Pennsylvania. While Davis was not a leader in the streetcar battles, she was intimate with many women who were.

Of all of the women who were part of Philadelphia’s streetcar fight, few were as charismatic as Caroline LeCount. She was Octavius Catto’s fiancée, and played a cameo role in Tasting Freedom in the streetcar battles. However, Giesberg’s research seemed to indicate that LeCount was much more comfortable center stage. As I got to know LeCount and her circle, I became more and more intrigued. I hope this podcast series will help even those who know the story of Octavius Catto to see the events unfolding from a new perspective. I also hope to shed some light on some lesser known parts of LeCount’s life that will hopefully spark other historians to give her some well-deserved time in the spotlight.

And here, as promised, is the poem dedicated to Caroline LeCount on the occasion of her graduating first in her class from the Institute for Colored Youth in May 1863.

by R.B. Jones, a student at the Ashmun Institute

The Institute for Colored Youth

Much talent did display, forsooth,

About the first of May.

Five members of the senior class,

And what do well describe their “pass,”

Are these words, very good.

In Greek and Latin both they read,

And showed themselves well taught;

In mathematics it is said,

That they had fairly wrought.

They climbed the steeps of science well,

That high and towering mount;

But one did all the rest excel,

Young friends you know these things are true,

Of which I now do speak;

O then I trust that all of you,

Will go and knowledge seek.

Muses, arise and slake your thirst,

Then forth in highest praises burst,

We have to thank Judith Giesberg and her team for making Emilie Davis’s diaries available online at https://davisdiaries.villanova.edu/. You can read a transcription of the diaries as well as see the original pages. It’s really incredible.

For those of you who want to explore more of Philadelphia’s historic Seventh Ward, there is a great website with walking tour information at http://www.dubois-theward.org/. You can check out the historic sites online, or take the map with you and head out to the neighborhood.

For those of you who love history and have time to get involved, you should consider becoming a digital volunteer with the Smithsonian at https://transcription.si.edu/. If you’re interested in this particular period of history, go to the home page and, under “Browse Projects,” click on “Freedman’s Bureau” for a list of current projects. It’s amazing how much history is available online and you can be a part of that effort.