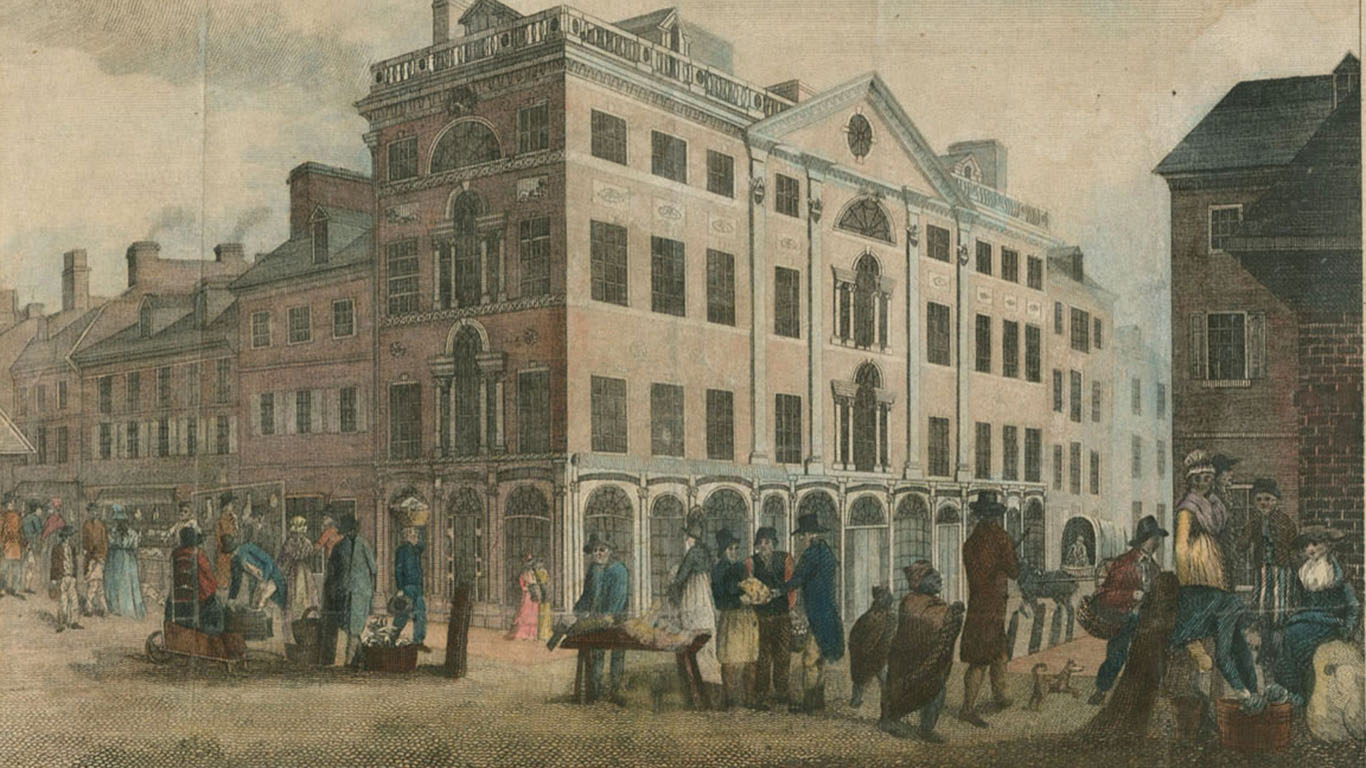 Episode No. 11 – The American Revolution on Philly’s Streets (Companion Blog)

I almost didn’t write this episode. The American Revolution in Philadelphia? Did I really have anything to add?

In the end, I realized that the Revolution was essential to understanding Philadelphia. It was truly a crucible moment. The British colonial city went through hell and emerged as the national capital of the newly federated United States of America in 1790.

But when you look at the Revolutionary period as it was seen from the streets, you begin to see what a messy time it was. This era is so often treated as a straightforward heroic tale. The underdog patriots beat the global imperial power of Great Britain against all odds. We still love to dissect the different arguments of the founding fathers as they hammered out the Constitution and the Bill of Rights.

But how was the Revolution impacting people on the street? There were a lot of people who did not have a seat at the table, working out the laws of the new nation. What did they have to say for themselves? That’s what this episode really is about.

If you’re interested in learning more about some of the stories you heard on the podcast, I have a few recommendations:

Richard Godbeer’s World of Trouble: A Philadelphia Quaker Family’s Journey through the American Revolution (2019) reveals the trials of the Drinker family during the American Revolution. They were conscientious objectors and merchants, caught in between the British and American Patriots. The Patriots feared that the Friends commitment to peace was just a cover for loyalist sympathies. The head of the family was imprisoned and sent away to Virginia, even as Philadelphians could hear cannons as the British approached the city. He left his wife and children alone to face the advancing British army. They were forced to provide quarters for British officers throughout the war without a male protector in the home.

Gary Nash details the fascinating connections between Philadelphia and Haiti in “Reverberations of Haiti in the American North: Black Saint Dominguans in Philadelphia.” (You can find his article in Pennsylvania History: A Journal of Mid-Atlantic Studies, vol. 65, 1998, pp. 44–73, http://www.jstor.org/stable/27774161). Part of the growing Black population in Philadelphia in the 1790s was caused by white landowners in Haiti fleeing the Revolution, and finding refuge in Philly. This article brings to life many of the stories of enslaved Black Haitians who were brought to Philadelphia. Many of them were “freed” by Pennsylvania’s emancipation law, but unwittingly entered indentured servant contracts with their former enslavers, essentially ending their mobility.

Candice Harrison helps us understand women hucksters in her article “‘Free Trade and Hucksters’ Rights!’ Envisioning Economic Democracy in the Early Republic.” (You can read it at The Pennsylvania Magazine of History and Biography, vol. 137, no. 2, 2013, pp. 147–77, https://doi.org/10.5215/pennmaghistbio.137.2.0147).  This is a remarkable story built around a petition, which is preserved at the Historical Society of Pennsylvania. It’s so hard to find histories of women who lived and worked in the streets. Hucksters were a marginalized group of Black and white women (and some men, too) who had to work on the streets in order to make ends meet. While it’s amazing to have this document, it is clear that the women hucksters were capable of claiming their own rights, even when they were denied. These women refused to stop their work in the streets despite increasing pressure from the City.

This is a phenomenal plan of the Philadelphia region and its landscape at the time of the American Revolution. You get a sense of how the city transitioned to countryside with cultivated fields, a few remaining forests, and marshy wetlands. (Library of Congress)

William Birch “Procession in the Commemoration of the Death of General George Washington, December 26, 1799

This view shows the formal political parades of the 1790s as seen from the public markets on High (now Market) Street. The viewer is facing west, and beyond where the city buildings end, around 7th Street, you can see the waterworks at Central Square (now City Hall).

The public markets are just to the left of this view. Birch captures the informal hucksters and sellers who gathered outside of the market in the streets of Philadelphia.

Miller, Jacquelyn C. “The Wages of Blackness: African American Workers and the Meanings of Race during Philadelphia’s 1793 Yellow Fever Epidemic.” The Pennsylvania Magazine of History and Biography, vol. 129, no. 2, Historical Society of Pennsylvania, 2005, pp. 163–94, http://www.jstor.org/stable/20093783.

Shankman, Andrew. “Malcontents and Tertium Quids: The Battle to Define Democracy in Jeffersonian Philadelphia.” Journal of the Early Republic, vol. 19, no. 1, [University of Pennsylvania Press, Society for Historians of the Early American Republic], 1999, pp. 43–72, https://doi.org/10.2307/3124922.

Sivits, Paul, and Billy G. Smith. “Philadelphia and Its People in Maps: 1790s.” The Encyclopedia of Greater Philadelphia Website, 2012. https://philadelphiaencyclopedia.org/archive/philadelphia-and-its-people-in-maps-the-1790s/#4091

Weld, Isaac. Travels through the states of North America, and the provinces of Upper and Lower Canada during the years , 1796, and 1797. London: Printed for John Stockdale, 1807. Pdf. Retrieved from the Library of Congress, www.loc.gov/item/17013770/.