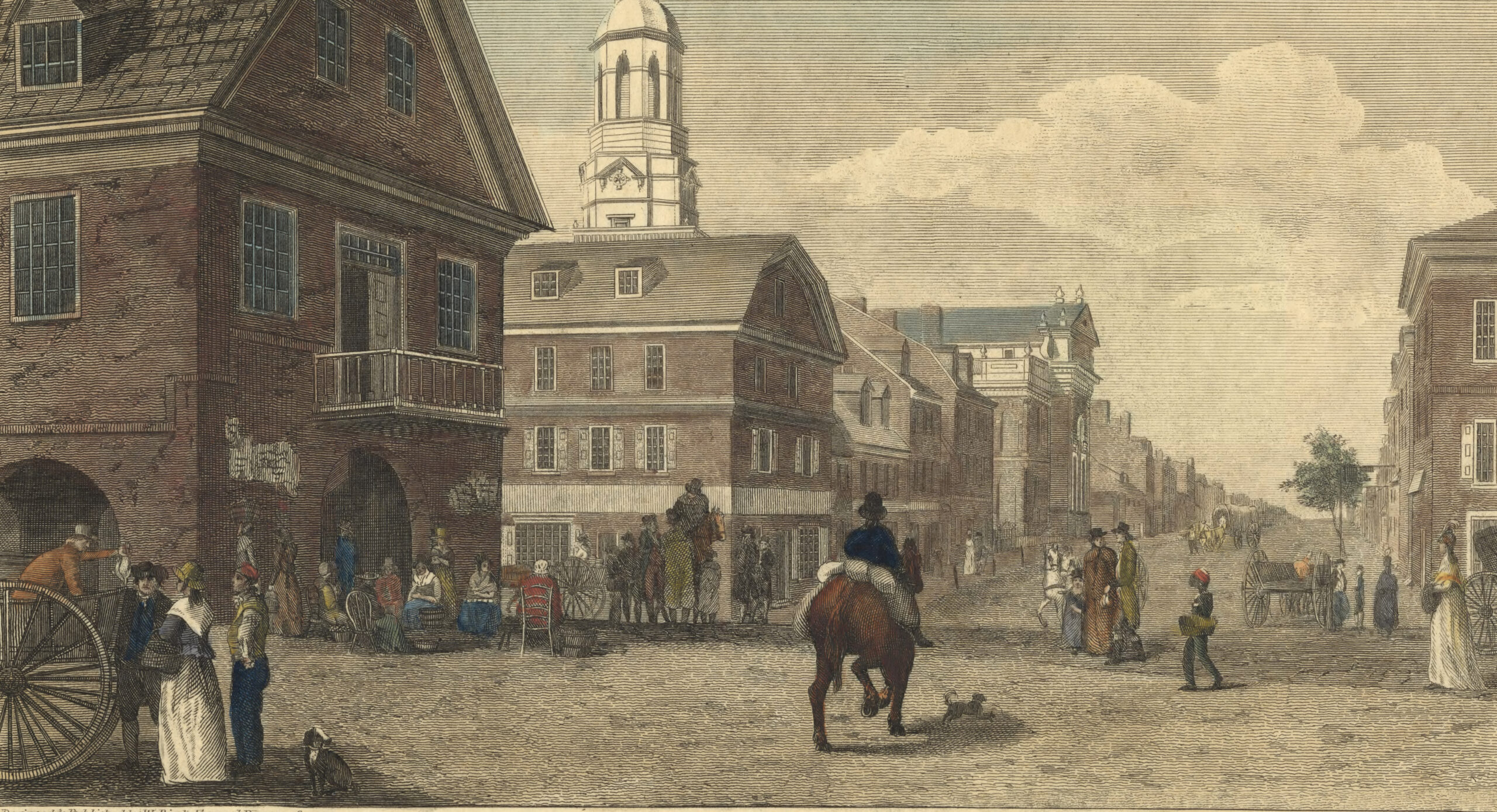 While researching this episode, I was reminded of the Leslie P. Hartley quote: “The past is a foreign country; they do things differently there.”

We in Philadelphia feel that we kind of know Colonial Philadelphia. It was a simpler time. Men wore those funny, triangular shaped hats. Horses clip-clopped along cobblestone streets.

But Colonial Philadelphia was fundamentally, a very different place. It wasn’t a less complicated version of today, dressed up in ye olde clothes. And it was a place that many of us would not actually enjoy visiting.

The National Park Service at Independence Mall is somewhat responsible for perpetuating this romantic myth about Colonial Philadelphia. In the 1950s and 60s, they created a cleaned up colonial version of the city by liberally pruning away layers of complicated history. They got rid of physical structures that did not date to a certain period in colonial and revolutionary-era Philadelphia. And they also removed the stories that showed the complexity, and inequality, of colonial society.

I think this simplification and loss of complexity is a problem because the founding documents of the United States of America were soon to be written here, in the dirty, crowded, unequal, and unregulated streets of Philadelphia. We feel a sense of closeness and understanding of these enduring founding documents, but they were written in a city that we wouldn’t recognize: a city where enslaved Africans and indentured servants labored, where women had few legal rights, where Native Americans were cheated of their land, where criminals were publicly whipped and hung, and the poor scraped by in squalid back alleys.

There was still an almost medieval sense of order to society, with white men of property at the top. Everyone else’s value was rated against how close they came to meeting this standard. And it was acceptable to meet out justice unequally based on your rank in society.

But there was always resistance

But there was always resistance to this order: servants and the enslaved gathered boisterously outdoors on their day off, enslaved people ran away, indentured servants left to fight with the British, and self-supporting women worked outside of the home to keep their families fed, clothed, and together.

We have come a long way from those days in colonial Philadelphia, but not far enough.

Childs, Ward J. “The Tangible Manifestation of Law (Part I)”. Newsletter of the Philadelphia City Archives. No 31 (June 1977). https://www.phila.gov/phils/Docs/otherinfo/newslet/law1.htm

Roach, Hannah Benner. “The Planting of Philadelphia: A Seventeenth-Century Real Estate Development. I.” The Pennsylvania Magazine of History and Biography, vol. 92, no. 1, Historical Society of Pennsylvania, 1968, pp. 3–47, http://www.jstor.org/stable/20090131.